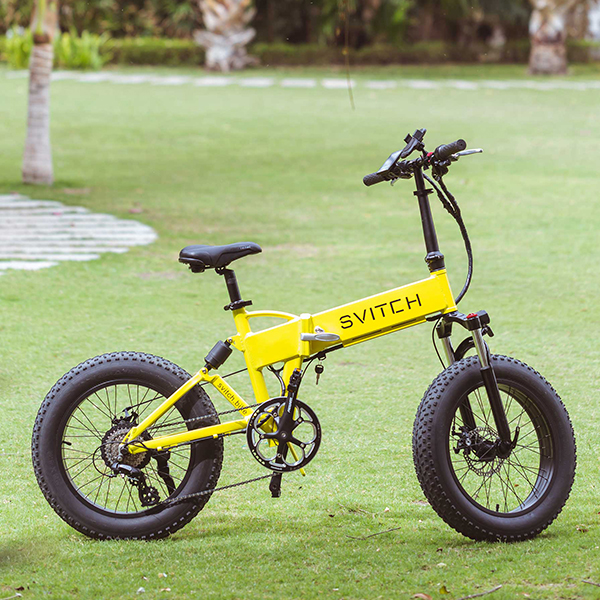 Every few years, an evolution takes place in the automobile industry. It has been a long way since the 1800s. The way world travels is still changing, and the newest thing off to create a bang in the market is the invention of new-age electric bikes.

Electric bikes are already very popular when it comes to the European markets. In fact, in cities like Amsterdam, they are even more popular than cars! Borrowing this trend from the AEs (Advanced Economies) of the world, Svitch Bike’s Founder, Raj Patel, thought to bring the Electric Bike Culture to India. He believes,“ AN IDEA THAT IS NOT RISKY IS UNWORTHY OF BEING CALLED AN IDEA AT ALL.” He further adds, “I believe a lot of people are willing to try out vehicles that are eco- friendly and efficient, both at the same time, but there seem to be no feasible options currently available in the market.” The great minds behind Svitch had one thing in mind when this idea was born: ‘To design something that not only looks agile but has the capability to serve all segments of society; be it office commuters, kids, travel junkies, or fitness seekers.’

Svitch bike has a magnificent design. A powerful 48 V Lithium-ion battery that comes in 3 variants. Throttle, pedal, or choose the median of both. Not to forget, the pedal-assist mode. Dual suspensions make your ride smoother and easier. The product is made with quintessential engineering, love for perfection and ultimate vision to go green. Saving on fuels, maintenance costs, no worries about the parking space, and swag until veins! A win-win for an Adolescent Ninja. Every other kid has a Scooty or an Activa. A modern bike turns all heads and makes one stand out from the crowd. The colors offered are so peppy that it’s hard not to notice. It’s safer than an ordinary bike and gives newfound freedom and self-worth to an individual.

Stunt video. Every day, people spend a substantial part of their income on one thing. Travel. Travel burns a hole in everyone’s pockets. Most of these people travel within the town itself. eBikes augment convenience and diminish costs. What more could the world ask for when the medium of transport apart from nourishing personality and bettering lifestyle is also environment savy.

The bike is an all-terrain vehicle. Trekking, beaching, or going to college! A perfect fit for all. The eBike is trained and used to maneuver slopes and rough terrains, all greatness to its super powerful motor. With its powerful 250 W motor, rough terrain is no big deal. So, an adventure junkie? The bike can be your best friend.

For those who have not exercised in a while, want to start, and are looking to get fit without following a stringent diet and arduous gym routine, this eBike is a sure pick. A normal pedal bike is harsh on the knees. With the pedal-assist mode that svitch bike offers, one can control the effort to be put on knees. Enjoy the ride and burn more calories in comparison to sitting and doing nothing. Exercise daily with fun and without owning a gym membership.

Created after a lot of testing and research, currently, Svitch Bikes are manufactured & assembled in Sanand, Gujarat with dealers in all major metros in India and a few places abroad. With a price much lower than your average motorcycle, and features that are sufficient to fulfill all needs, SVITCH eBike is a sure steal. It is completely safe for kids and it needs no license. Once picked there is no going back! So get on it.
Check out the website Svitch.bike